The jewel in Ngorongoro’s crown is a deep, volcanic crater, the largest un flooded and unbroken caldera in the world. About 20kms across, 600 meters deep and 300 sq kms in area, the Ngorongoro Crater is a breathtaking natural wonder.

The Ngorongoro Conservation Area spans vast expanses of highland plains, savanna, savanna woodlands and forests. Established in 1959 as a multiple land use area, with wildlife coexisting with semi-nomadic Maasai pastoralists practicing traditional livestock grazing, it includes the spectacular Ngorongoro Crater, the world’s largest caldera. The property has global importance for biodiversity conservation due to the presence of globally threatened species, the density of wildlife inhabiting the area, and the annual migration of wildebeest, zebra, gazelles and other animals into the northern plains. Extensive archaeological research has also yielded a long sequence of evidence of human evolution and human-environment dynamics, including early hominid footprints dating back 3.6 million years.

The area contains over 25,000 large animals including 26 black rhinoceros. There are 7,000 wildebeests, 4,000 zebras, 3,000 eland and 3,000 Grant’s and Thomson’s gazelles. The crater also has the densest known population of lions, numbering 62. Higher up, in the rainforests of the crater rim, are leopards, about 30 large elephants, mountain reedbuck and more than 4,000 buffalos, spotted hyenas, jackals, rare wild dogs, cheetahs, and other felines.

The legendary annual wildebeest and zebra migration also passes through Ngorongoro, when the 1.7 million ungulates move south into the area in December then move out heading north in June. The migrants passing through the plains of the reserve include 1.7 million wildebeest, 260,000 zebra, and 470,000 gazelles. The Lake Ndutu area to the west has significant cheetah and lion populations. Over 500 species of bird have been recorded within the NCA. These include ostrich, white pelican, and greater and lesser flamingo on Lake Magadi within the crater, Lake Ndutu, and in the Empakaai Crater Lake, where a vast bird population can be observed.

At far end of the NCA stands the Olduvai Gorge archaeological site, widely regarded as the cradle of mankind and the most important prehistoric site in the world. It is at Olduvai where remains of Zinjanthropus, the world’s first humans, were discovered by Dr Louis and Mary Leakey over 50 years ago. The earliest known specimens of the human genus, Homo-habilis, as well as early hominids such as Paranthropus boisei have also been found there. The Olduvai Gorge is a steep-sided ravine in the Great Rift Valley, stretching along eastern Africa. The windswept Olduvai is about thirty miles long, lying within the rain shadow of the Ngorongoro highlands. The gorge is named after oldupaai, the Maasai word for the wild sisal plant.

Millions of years ago, the site comprised of a large lake, the shores of which were covered with successive deposits of volcanic ash. Some 500,000 years ago seismic forces diverted a nearby stream, which began to cut down into the sediments, revealing the seven main layers in the walls of the gorge. Based on fossil evidence found at the Olduvai Gorge, it is believed that various hominid species have been occupying the crater continuously for the past three million years of Ngorongoro’s existence. Native hunter and gatherers who initially lived in the vicinity were replaced by pastoralists a few thousand years ago. 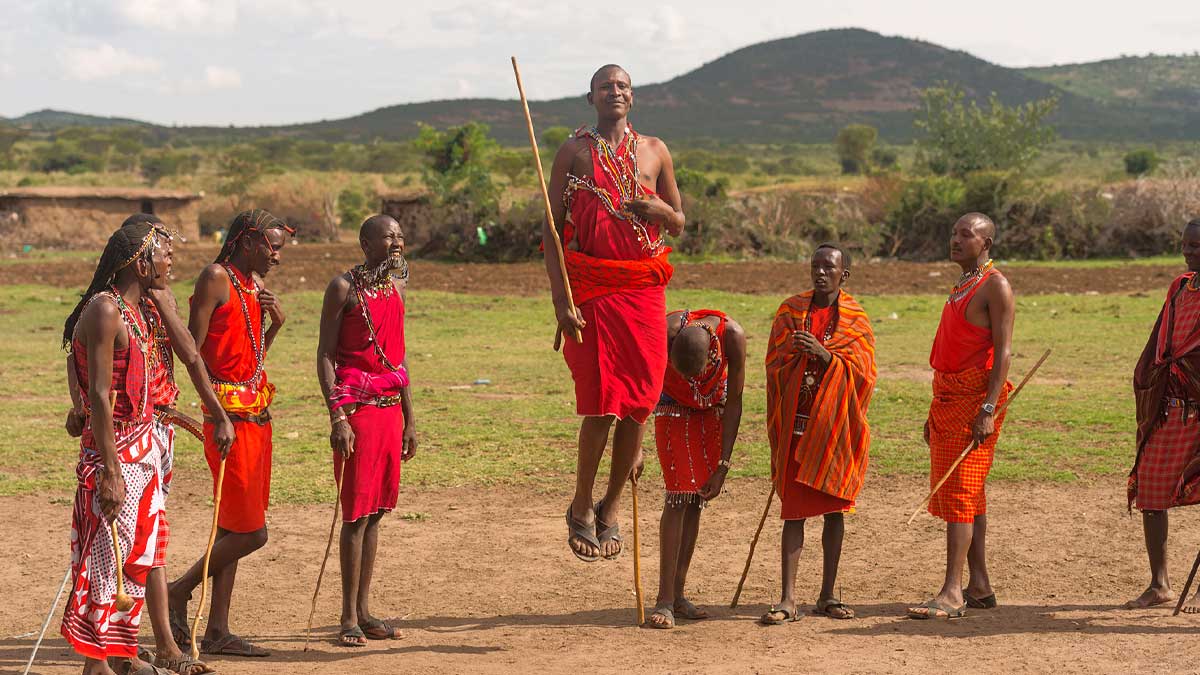